Enjoy good books and a spirited exchange of ideas at the monthly Northern Plains Book Club. Meetins are the 3rd Tuesday of each month at 7:00 p.m. Interested newcomers are always welcome. Attendance at every discussion is not expected, but the intent to participate is encouraged. Call the library for more information or just come to the next meeting and join the lively discussion. 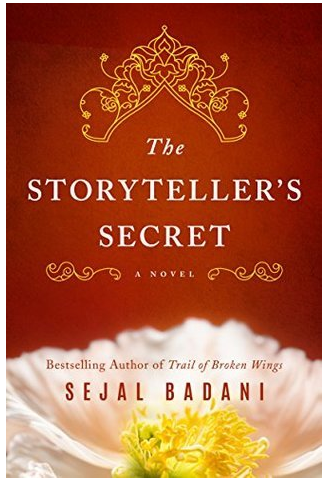 From the bestselling author of Trail of Broken Wings comes an epic story of the unrelenting force of love, the power of healing, and the invincible desire to dream.

Nothing prepares Jaya, a New York journalist, for the heartbreak of her third miscarriage and the slow unraveling of her marriage in its wake. Desperate to assuage her deep anguish, she decides to go to India to uncover answers to her family’s past.

Intoxicated by the sights, smells, and sounds she experiences, Jaya becomes an eager student of the culture. But it is Ravi—her grandmother’s former servant and trusted confidant—who reveals the resilience, struggles, secret love, and tragic fall of Jaya’s pioneering grandmother during the British occupation. Through her courageous grandmother’s arrestingly romantic and heart-wrenching story, Jaya discovers the legacy bequeathed to her and a strength that, until now, she never knew was possible.

This book club’s members are book lovers and avid readers, but not “meeting-goers”! The members recommend books they have enjoyed to other members and read books recommended by other members. There are no regular meetings, but members have been spotted discussing books!

A promising talent makes her electrifying debut with this unforgettable novel, set in the Alaskan wilderness, that is a fusion of psychological thriller and coming-of-age tale in the vein of Jennifer McMahon, Chris Bohjalian, and Mary Kubica.

A natural born trapper and hunter raised in the Alaskan wilderness, Tracy Petrikoff spends her days tracking animals and running with her dogs in the remote forests surrounding her family’s home. Though she feels safe in this untamed land, Tracy still follows her late mother’s rules: Never Lose Sight of the House. Never Come Home with Dirty Hands. And, above all else, Never Make a Person Bleed.

But these precautions aren’t enough to protect Tracy when a stranger attacks her in the woods and knocks her unconscious. The next day, she glimpses an eerily familiar man emerge from the tree line, gravely injured from a vicious knife wound—a wound from a hunting knife similar to the one she carries in her pocket. Was this the man who attacked her and did she almost kill him? With her memories of the events jumbled, Tracy can’t be sure.

Helping her father cope with her mother’s death and prepare for the approaching Iditarod, she doesn’t have time to think about what she may have done. Then a mysterious wanderer appears, looking for a job. Tracy senses that Jesse Goodwin is hiding something, but she can’t warn her father without explaining about the attack—or why she’s kept it to herself.

It soon becomes clear that something dangerous is going on . . . the way Jesse has wormed his way into the family . . . the threatening face of the stranger in a crowd . . . the boot-prints she finds at the forest’s edge.

Her family is in trouble. Will uncovering the truth protect them—or is the threat closer than Tracy suspects?

Come on in and talk to us in person!

Or e-mail us here: